Norman Carr Safaris consists of  Kapani Lodge, an eight-room luxury lodge  adjacent to the South Luangwa National Park, and four seasonal luxurious bush camps, like Mchenja and Luwi, dotted in isolated areas of the park, each with its own personality (some tented, some built with reeds). Even though they are called bush camps, they are completely rebuilt every season, all en-suite with open-air showers and no attention to detail spared.

Unlike many camps in the area, which have to be temporary structures because of heavy rains November through May, Kapani is open year-round. Besides game drives and boat excursions, you can take walks from bush camp to bush camp.

ANTI-POACHING AND A LOT MORE

Norman Carr started the Kapani School Project in 1986 to assist a “casual” school already there. Guests are invited to visit the school (if they express a desire), where they meet the teachers and the children, and hopefully feel inclined to leave donations. The company provides all administration and support, and employ several people to run the administration side of the project. The primary aim is to provide education (including books and clothing) to local children who would otherwise have none.

NCS also looks after the infrastructure of Yosefe School, between Mfuwe and the park, and over the years has built three classroom blocks, six houses for teachers, a fully stocked library, ablution blocks, a laboratory, and a borehole that provides drinking water for the whole community.

In addition, Yosefe also has a tree-planting project that is managed by NCS at the school, but maintained by the children. There are a couple of “plantations” at Yosefe School, and in the past NCS has given trees to the children to plant in their villages, although this has been dormant for a couple of years. The society also manages a community school in the Mfuwe area.

NCS supports (along with about ten other safari operators in the Mfuwe area) the Kakumbi Clinic Project, which brings out a doctor from overseas for up to six months and provides health care to the community. The project also maintains the local clinic and provides medicines.

NCS is a corporate sponsor and member of the South Luangwa Conservation Society, which works in conjunction with the Zambia Wildlife Authority to protect and conserve natural resources (see video, above). The society funds an anti-poaching team to patrol the park who are trained, fitted with uniforms and anti-poaching gear, housed and fed. Animals that are found caught in snares are darted, the snares removed, and medical assistance provided.

In order to help locals protect their crops from elephants, the society grows chillies that they then teach farmers how to use as a deterrent.

IN THEIR OWN WORDS

“Ever since Norman Carr first started operating safaris in the Luangwa valley back in 1950, the concept of managing the wildlife and the ecosystem in conjunction with, and for the benefit of, its traditional owners – the local communities – is something that has been very important to our company. He was a pioneer in this approach to conservation and wildlife tourism, and the company is proud to uphold his legacy.” 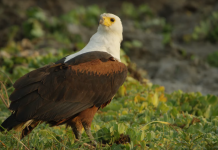 See Why Summer is Also Great for Safari Season in Zambia 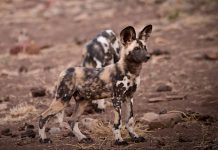 10 Wildlife Species and Where in Southern Africa to See Them 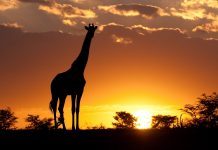 36 Reasons Why You Should Never Travel To Africa