If you consider all the countries in Africa covered on A World Different, there is one that stands out – Tanzania. But it stands out not for a good reason.  It stands out because in spite of all the wildlife attractions it has – the famed Serengeti, Ngorongoro Crater – there are very few properties doing anything good. That’s because there are very few properties, period. Anyone who tries to open an operation in Tanzania comes up against a formidable force, the Wildlife Division. So they just don’t go there.

The Wildlife Division falls, ironically, under the Department of Natural Resources and Tourism. Two of the division’s jobs could not be more conflicting, the conservation of wildlife and the killing of it. Unlike Kenya, which banned sport hunting in 1977, Tanzania not only allows it but encourages it. Only last year the minister in charge of Natural Resources and Tourism said the country was looking forward to increasing its annual income from $17 million to $52 million because of new hunting allocations.

There are hunting parks and non-hunting parks, and often the division is a bit fuzzy. Hunting is not allowed in places like the Serengeti (although on its borders, and sometimes inside its borders, it regularly happens), while in huge parks like Selous, hunting goes on with abandon. Avid trigger pullers from Spain, Texas, and the United Arab Emirates are prepared to pay big money for big animals. (Just Google ‘hunting in Tanzania’ to see the terrible results of their chosen hobby.) Trophy fees for animals range from $130 for a baboon to $5640 for a lion to $22,000 for a large elephant.

Even when hunting is not allowed or the quotas for certain animals have been used up for the year – yes, the Wildlife Division maintains quotas, at least officially – the authorities are prepared to turn a blind eye if the money is good enough. In a country that has long been plagued by corruption, the Wildlife Division is such a bad offender that even the government has felt it necessary to sack at least one head of the department. Then, a few months ago, the government sacked eight ministers, including Ezekiel Miage, the Minister of Natural Resources and Tourism, because of corruption and possibly taking bribes from Chinese contractors in the country. One newspaper said Miage was under suspicion of profiting off of the widespread issuing of hunting licenses, and people were questioning how he had gotten so rich so quickly after being appointed.

The government website, however, describes the Wildlife Division as a ‘leading light in the management of Tanzania’s wildlife resources and their associated habitats for their sustained and equitable use, for the benefit, welfare and enjoyment of the generations of citizens of Tanzania and the world heritage at large.” This same government, however, was quite prepared to construct a major road through the heart of the Serengeti, cutting off the very migration that has made the country famous. President Jajaya Kikwete is known to publicly support both sides, conservation and killing, and last year was the personal guest of the UAE royal family in their hunting ground adjacent to the Serengeti.

Tourism operators in Tanzania walk a tight rope, as do conservation groups in the country like the Frankfurt Zoological Society. They spend a lot of money on infrastructure, most obviously the company &Beyond, which has six properties in the country, including the very high-end island Mnemba. But they know that the government can, and will, pull the rug from under them at a moment’s notice. As a result, none of them want to talk openly about the problem on, and often crossing, their doorsteps.

The clash of tourist and hunter has often taken place at Klein’s Camp, one of &Beyond’s properties, where guests have come across hunters from the United Arab Emirates, which has a large hunting camp nearby, right on the border of the Serengeti. The hunters are either seen at a carcase or transporting it back to camp, and they have often been seen with semiautomatic weapons.

At least two companies have tried to change things in Tanzania, and we have written about them both on A World Different. The American millionaire Paul Tudor Jones took over a huge hunting concession north of the Serengeti and there established Singita Grumeti. The agreement was that Jones would pay the entire quota for animal hunting annually but he would not allow hunting. Anyone who has been to Singita Grumeti can see what a decade of rehabilitation has done. What was an animal desert has become an Eden.

SELOUS IS FOR HUNTERS

In Selous, Great Plains tried to do the same with Lukula.

Selous Game Reserve, in the south of the country, is one of the largest game reserves in the world, covering some 21,000 square miles. It is cordoned off into hunting concessions, with a very small percentage used for photographic safaris. In 2008 Great Plains took over one of the hunting concessions, paid the quota for the animals, forbade hunting, and started taking in guests. It thought it could change things. Lukula  had two teams of anti-poaching scouts drawn from the local community, who patrolled the area on foot year-round.  Great Plains’ hope was that once the operation was profitable, the company planned to share ownership with the local community.

But now the inevitable has happened.  After four years of no hunting and seeing animal numbers increase dramatically, Great Plains has decided to pull the plug on Selous. The Tanzanian government wants hunting to take place again in the Lukula concession, and Great Plains has declined. The camp will be closed down, and Great Plains will instead open a new camp in Botswana, on the Selinda Reserve, where the company abolished hunting on the first day of managing the concession in 2005 and look at other opportunities either in Tanzania or elsewhere.

You would think that Tanzania had by this stage caught on to the fact that people pointing cameras are going to bring them more money than people pointing guns. But maybe for them it’s a case of who opens his wallet the widest. 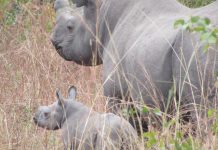 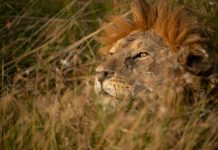 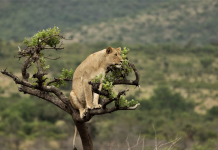