The idea of being on an island all your own isn’t new, but Thanda Island off of southern Tanzania is taking that a little step further. Instead of there being numerous lodges, there’s just one. And it’s not just a lodge, it’s a villa for you and your guests alone.

The South African-run private island villa, with five bedrooms and a vanishing-edge pool, just opened. Located within Tanzania’s Shungi Mbili Island Marine Reserve, it is owned by Finnish entrepreneurs and philanthropists Christin and Dan Olofsson, who also have the Thanda Safari lodge in KwaZulu-Natal. The island, which is between Mafia Island and the mainland, is 18 miles off of the coast, opposite Selous National Park and the Rufiji River Delta.
The Island is accessible by boat from Mafia or helicopter from Dar es Salaam International Airport, plus there are scheduled flights to Mafia. It is 20 acres in size and about one kilometre in circumference. It is also surrounded by a coral reef. If you’re looking for some activity, Mafia is close enough to boat to. The two extremes of pampering (there’s a spa, your own chef) play off against an awareness of being sustainable. The villa is solar-powered and uses a water desalination plant, and Thanda Island works in tandem with the local marine conservation body Seasense.

The Oloffsons apparently had a hand in choosing chose the design and furnishings.

The price isn’t for everyone, of course. The island costs about $10,000 a night, for a minimum of 3-7 nights, depending on the season. Then again, exclusivity rarely comes cheap. 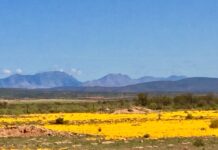 See South Africa. Back On the Road Again 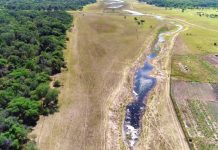