On a crisp Saturday morning early in June, 100 kayakers set out to paddle across the Cape Peninsula, from False Bay to Table Bay. Their primary mission: To raise public awareness of the city’s waterways and canals, and to show the public’s connection to them.

The route for the Peninsula Paddle team – kayakers and stand-up paddle boarders doing the trip for the seventh year – began at Zandvlei near Muizenberg. By the end of the paddle in Milnerton, they would cross 15 kilometres of waterway. It should have been longer, but there wasn’t enough water in certain areas to keep paddling all the way.

The kayakers exit the waters of Princessvlei: The annual paddle is scheduled to coincide with World Environment Day.

“World Environment Day went by with barely a blip on the radar either at a local and national level,” said event organiser Kevin Winter, highlighting part of the problem. The waterways are not getting the kind of attention they need. “Our politicians are far too distracted to notice (and) seemingly unable to face up to the failing state of the environment.”

As the paddlers headed into Retreat and the Steenberg Canal, the pollution began, and only got worse. According to the Cape Town city councillor responsible for transport, Brett Herron, Transport for Cape Town, the city’s transport authority, is responsible for cleaning its waterways, rivers and canals. He said this is done at least twice a year, adding that “additional cleaning operations take place as and when needed, pending budget considerations.”

The canals on the Peninsula Paddle route were apparently cleaned from mid-March until the end of May in preparation for the rainy season.

However, said Herron, “(L)itter is dumped into the canals in the far south on a daily basis. The Steenberg canal in particular is problematic as far as illegal dumping and littering are concerned with the sections south of Retreat Road and north of Concert Boulevard being the worst affected.

“Transport for Cape Town cannot keep up with the amount and pace of dumping and littering taking place in the far south, as well as elsewhere in the city. We try as best as we can to keep the waterways clean, given our limited financial and human resources.

“The only long-term solution is for the city’s residents to work with us and to not dump their waste into our natural water resources. Illegal dumping and littering are the main causes of the pollution of our natural resources and this will remain a huge challenge unless our residents change their conduct.”

Winter noted the detrimental effect of the pollution, saying, “There are no signs of freshwater crabs and other aquatic species in some of these waterways, only loads of dirty nappies, plastics, tampons and items of abandoned clothing, including lounge furniture, keyboards and parts of old computers. The solid litter in the canals appears to be at its worst.” “This deterioration is puzzling and difficult to understand. In contrast to a remarkably clean, well-managed Zandvlei, the stench of the Steenberg Canal is wreaked of deeply embedded systemic failure.”

Some kayakers took to wearing masks against the fetid smells: Winter said, however, that they had been “significant improvement in the water quality of the Black River since the first paddle in 2010.” That was the next part of the route.

“It was impossible to navigate this river during the earliest events because water hyacinth covered the surface. The improvement is largely due to the upgrade of the Athlone Waste Water Treatment plant, which resulted in a reduction in bacteriological contamination.” He carried on: “Ongoing work of the Kader Asmal Project, started in 2012, has also made a difference involving the extraction of tons of discarded material from the river. However, the volume is clearly way beyond the control of this project team and in the long term the operation is unsustainable.

“It is an eyesore and is unacceptable. The result is a pile of plastics that collects at the mouth where the river meets the ocean where most of this material is swept out to sea – a visible image of our collective failure.” The kayakers finally made their way out to Table Bay and on to Milnerton.

Winter says he believes the solution to the polluted waterways lies with the public. “Since we are all connected to these waterways, we need to start a new conversation.”

Winter pointed out several projects that have done great work to keep the waterways clean. These include the Zandvlei Nature Reserve, “whose staff do a great job”. Also the Friends of the Liesbeek have a good programme that is sustained by private investors, principally ABAX investments – and “a team of eight staff members clean, plant and educate others about the Liesbeek river that adjoins the Black River”.

There is also the city’s Kadar Asmal Integrated Catchment Management Programme that is working largely on the Black River, but, says Winter, “it is a massive challenge and they are too underresourced to make a difference”.

He said, “Campaigns to clean up rivers need to regular and highly structured. Once of campaigns to collect litter here and there make little difference. We have a collective problem that isn’t going away!” 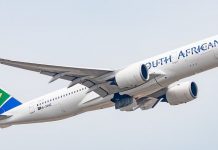 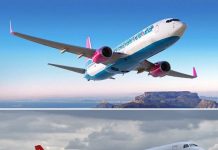