It’s April – and that means Russia is officially a visa-free destination for South Africans! To add to this great travel news, South Africa’s formal proposal for the European Union to consider doing away with their extortionate fees and tree endangering visa paperwork has officially been submitted. Last year, I put together a list of the 14 cheapest flights to grab from South Africa this summer.

It’s one of my most popular blog pieces and I thought I’d put together a bit of an update. However, instead of focusing on just cheap flights,  I decided to put together a list of some of the best, cheapest and unique visa free countries for South African passport holders to visit in 2017.

I’ve included average return flight prices as well as affordable indirect flights if you want to add an extra country to your itinerary.

Whether you’re looking to catch a tan on an island in Asia, visit Europe or explore our beautiful African continent, here’s some of the best visa free countries for South African passport holders in 2017! Armenia is not a country you would find on most people’s travel bucket lists. Despite its delicious food, ancient sights, extreme sports and a rich cultural heritage; its European neighbours often overshadow Armenia.

But with its lack of visa paperwork and cheap accommodation prices, it’s one of the most affordable European destinations for South African passport holders.

Why You Should Visit Armenia

If magic does exist, I’m 100 percent certain its epicentre can be found in Ireland. With its world-renowned beauty, beautiful cliffs, Game of Thrones set locations and leprechauns there are more than enough reasons to head to this European country.

And for South Africans who usually have to deal with an onslaught of dead trees and personal information requests, visiting this part of Europe visa-free is a godsend.

Why You Should Visit Ireland Haven’t heard of this country? You are not alone. The former Soviet Republic of Georgia is on the fringes of Europe but is on its way to becoming a popular destination.

Georgia is considered to be the birthplace of wine (Cape Townians the motherland awaits) and is surrounded by spectacular mountain scenery, ancient cathedrals and cave cities that reveal its complicated past and beautiful architectural heritage.

Why You Should Visit Georgia

Read Next: 8 Reasons to Visit Georgia 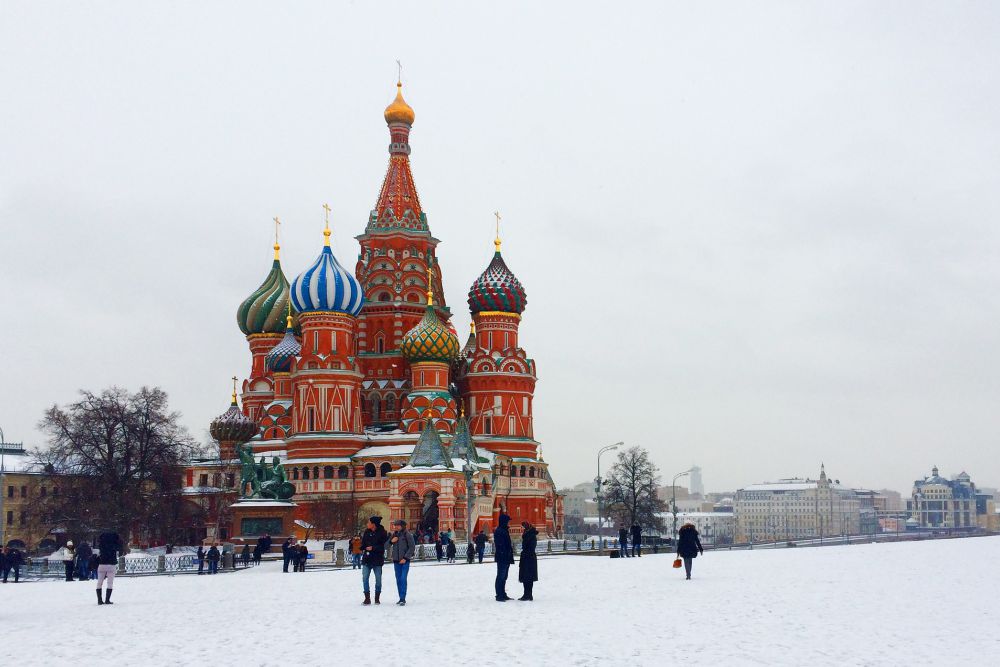 Russia might not be high on every South African’s list of holiday destinations – but it should be. It’s the largest country in the world, home to forty UNESCO Biosphere reserves, the world’s oldest mountains and of course, it’s incredible and distinctive architecture.

The timing of Russia’s visa-free regulations for South African’s could not be better. 2017 marks the 100th anniversary of the 1917 revolutions, and while there aren’t any official events yet, it is a perfect excuse to visit.

Why You Should Visit Russia

Are you looking for the ultimate island hopping adventure?

Forget Thailand or the Caribbean and head to Indonesia – visa free! This beautiful country is made up of 17, 800 islands, hundreds of distinct native ethnic groups as well as an abundance of wildlife.

Why You Should Visit Indonesia Compared to other South-east Asian destinations, Laos often gets skipped. It sees ten times fewer tourists than Thailand and even Myanmar, a country that only recently opened its doors to the world, sees higher visitor numbers.

Not only is Laos cheaper for South Africans than Thailand (and less crowded), but it has just as much to offer. From its Buddhist culture, isolated beaches and forests teething with wildlife – there’s no better time to visit this South-east Asian underdog.

Why You Should Visit Laos

Read Next: A Responsible Traveller’s Guide to Alms Giving After Nepal’s devasting earthquake in April 2015, the country has been working hard to boost tourism numbers. While some of its most famous monuments are still being rebuilt, its rich history and scenic natural beauty are still there, along with countless other reasons to visit the Roof of the World.

Why You Should Visit Nepal South Korea is known for its technological advances, traditions and incredible natural beauty. From the snow-capped mountains in winter to the pulsing Dongdaemun shopping district and its growing foodie scene, South Korea offers travellers a dazzling array of experiences.

Known as the Land of the Morning Calm, its juxtaposition of modernisation and 5000-year-old cultural heritage, make it a unique holiday destination for travellers around the world.

Why You Should Visit South Korea

9. Iran DOES Require a Visa

Iran is another Middle Eastern country that is wrongfully misunderstood thanks to negative press and unstable neighbours. In reality, this country is an amazing travel destination, safe, affordable for South Africans and home to 19 UNESCO World Heritage Sites.

Why You Should Visit Iran

UPDATE: According to Dirco, SA passport holders DO need a valid visa before entering Iran. Visas should be applied for at the Iranian Embassy in Pretoria. Applications take up to 15 working days to be processed; and visas issued are valid for a single entry for a period of three months from date of issue. The visa fee for a single entry visa is R200 for private passport holders. Jordan is a land of lost cities, incredible landscapes and epic adventures. Not only is this country safe, despite the reputation it gets from being in the Middle East, but it offers a variety of unique experiences.

With tourism to the Middle East on the decline thanks to the turmoil in neighbouring countries, Jordan has seen a 66% decrease in tourism since 2011. Some of the country’s most extraordinary sites are virtually empty, making this gap in crowds the perfect time for South Africans to visit all its wonders.

Why You Should Visit Jordan Turkey is a country where you can start your weekend on a ski slope and end it floating in the Dead Sea.  A meeting point between various empires, this historic nation is brimming with vibrant culture and is a springboard to cheap flights to numerous other European and Middle Eastern destinations.

It is often one of the cheapest flights from South Africa into the region, making it the perfect for either a full-blown Turkish adventure or a pit stop in your travels.

Why You Should Visit Turkey For nature lovers, Madagascar is one of a fascinating wildlife hotspots. After splitting with India over 88 million years ago, its distinctive ecology has earned it the unofficial title of the world’s eighth continent.

Why You Should Visit Madagascar Located 1,200 miles off the coast of Mozambique, this former pirate paradise is an affordable island getaway for South Africans.  This small nation packs a punch with its pristine beaches, crystal blue waters, lush forests and the world’s third-largest coral reef.

Whether you are looking to splurge on its luxury resorts or relax at the more affordable apartments, Mauritius is one of the few island escapes that can work for almost every type of budget.

Why You Should Visit Mauritius Rwanda may be one of the smallest countries on the continent, but it doesn’t lack for things to do and see. “The Land of a Thousand Hills” has transformed itself from its violent past into a vibrant destination that is filled with wildlife, world-renowned national parks and none of the tourist hordes.

Why You Should Visit Rwanda

So which of these visa-free countries for South Africans will YOU visit in 2017?

ABOUT THE AUTHOR, LAUREN MELNICK Hey, I’m Lauren! I’m passionate about inspiring young South Africans to travel for less, and sharing my experiences and how to navigate the endless visa paperwork along the way. When I’m not busy preparing for the inevitable zombie apocalypse, I’m having a travel fail somewhere and geeking out in countries all over the world. Connect with me on Twitter, Instagram and Pinterest! Follow Wanderlust Movement.