The longest walk across land in the world is between Cape Town and Magadan on the Sea of Okhotsk, in the far east of Russia. At least that is according to a suggested itinerary posted on Reddit recently. 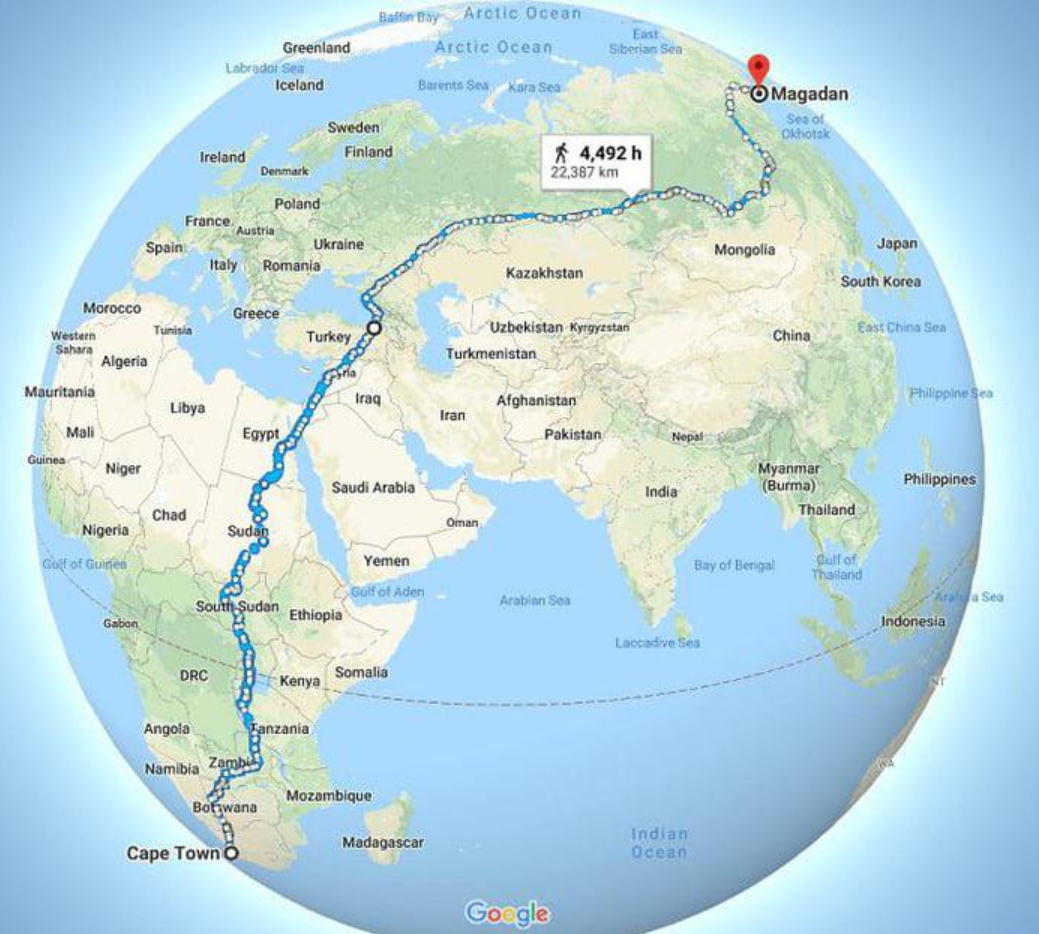 For anyone who wanted to consider the option – although, as one commentator noted, if the walk didn’t kill you, you might have trouble getting across some of the countries en route – consider the distances, time zones and days needed for the journey.

According to Google Maps, the walk is some 22,500 kilometres, taking in several detours to stay on land. To avoid ferries across the Red and Black seas, one would need to detour via Cairo and Batumi, Georgia. The walk would take at least 187 days and would cross 9 time zones.

The countries you would cross – at least on this itinerary – would be South Africa, Botswana, Zambia, Tanzania, Uganda, South Sudan, Sudan, Egypt, Jordan, Syria, Turkey, Georgia, and then – the last 10,391 kilometers – Russia.