In the wake of the social media swirl around the #SpekboomChallenge, the luxury safari lodge Tintswalo Lapalala is giving guests cuttings of the wonder tree to plant on the Waterberg reserve.

The spekboom, pork bush or elephant’s food, Portulacaria afra, has been called a wonder or miracle or super tree for its incredible properties. Indigenous to the Eastern Cape but also found in drier parts of South Africa, one hectare of spekboom can process between four and ten tonnes of carbon a year, many times more that other trees and apparently 10 times more than the equivalent of Amazon forest.

The luxury 7-tented Tintswalo Lapalala in the Waterberg is growing the plants, and small seedlings are packaged with the Spekboom story and given to guests on check-out. Those who want to plant it themselves are taken to a spot in the 44,500-hectare reserve where they can plant it, or can give it to a ranger to plant on their behalf.

Tintswalo Lapalala already operates off the grid, it says, “but to offset the carbon footprint of its safari vehicles and emergency generators, it has now started cultivating seedlings of these ‘super’ plants.”

According to an article in early January on the website capetownetc, a movement was started among some locals to each plant 10 spekbooms in 2020, “to significantly clear the air in our country, contribute towards reducing overall carbon dioxide counts significantly and hopefully make our Earth a healthier planet.”

“Spekboom can live up to 200 years and has the ability to adapt to its surroundings, ensuring a long and beneficial life once planted. It is also an edible plant with very high nutritional value that can be used in a variety of ways. If all of this wasn’t enough to inspire your love for spekboom, it is also a highly water-wise plant, needing up to half the water of other plants to survive, meaning its not only easy to grow but also easy for those living in areas suffering from droughts or water shortages to care for.”

Numerous businesses have already announced their intentions to plant spekbooms, and a week ago Cape Town announced that it was growing 5,000 trees to be planted during Climate Change Month in April. 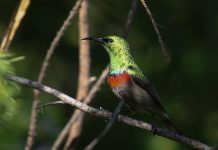 What Species Made Cape Town First In Global Nature Challenge 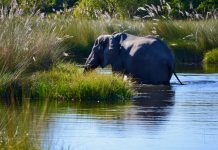 Elephant Hunts for Sale During a Pandemic