The national carrier of Portugal TAP will start a direct flight between Lisbon and Cape Town three times a week later in the year.

In a video released last week – promising #WeWillFlyAgain – TAP said it was planning for a time after the present worldwide lockdowns. Cape Town was one of three new long-distance flights it was starting. Before international flights were cancelled, TAP had three flights a week to Johannesburg and one to Maputo.

Today we say “See You Soon” on behalf of the entire TAP family. Given the closure of several borders around the world, we had to temporarily suspend our flights. We are sure that soon we will have the pleasure of welcoming you on board again. #WeWillFlyAgain pic.twitter.com/VaqGHHUGMU

Cape Town Air Access said in a statement it was pleased to announce the new non-stop service would start 11 November 2020. CTAA is the division of the Western Cape government that has been attracting more direct flights from overseas to Cape Town, most recently United Airlines from New York. 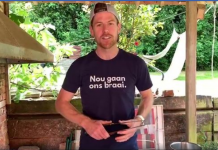