It might look like Namaqualand, but it’s just on its border, or rather, the Biedouw Valley near Clanwilliam, where Enjo Nature Farm is finding 2020 a great year for wild flowers.

“Our farm is in bloom right now!” Enjo told SAPeople. “The beautiful, beautiful Western Cape is wearing her prettiest dress.”

Enjo, a pet-friendly guest farm in the  Cederberg, says: “We are about to have another rainfall over the next few days. This is going to help the flowers last a bit longer! The season is turning out to be rather good this year.”

Enjo’s wildflower display is so spectacular it has previously been featured by the BBC in an article about the “kaleidoscopic carpets of wild flowers” that transform  SA’s arid land into a “vivid explosion of colour”. The BBC said although these super blooms happen around the world “few are as consistent or diverse as South Africa’s flower season.” 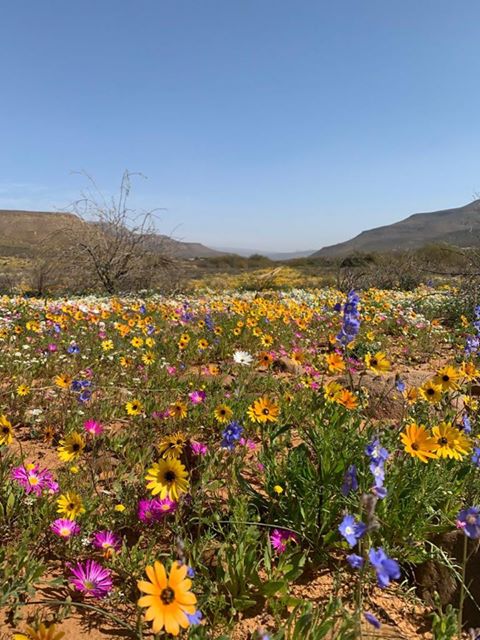 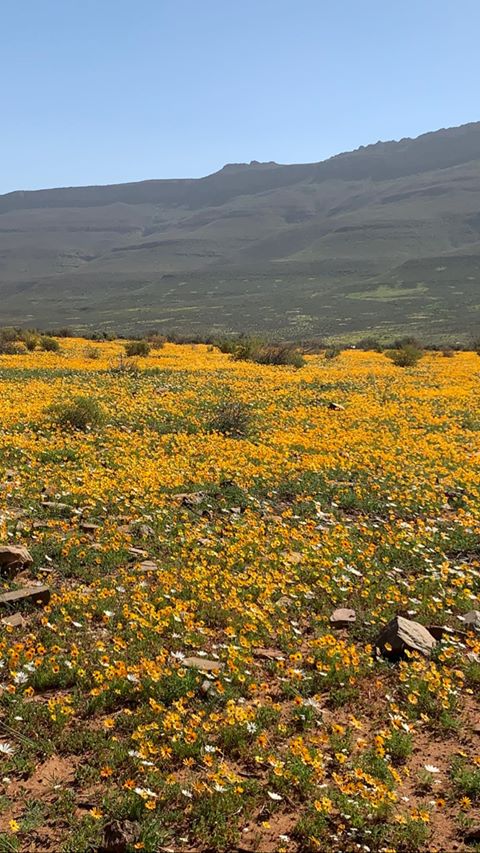 Sadly, Enjo Nature Farm is already full booked for the flower season. “Most visitors to the region need to book a year in advance and flower season is very short lived; it runs from August-September,” they advise.

BUT the whole of the Biedouw Valley is in bloom right now, so it’s still worth a visit.

West Coast National Park (WCNP) has announced that the Postberg section of the Park has opened its annual flower season until the end of September 2020. Due to Covid restrictions, it’s open for self-drives only (no braai, picnicking and hiking will be permitted at this stage).