A rare sighting of a leopard with her cubs has been caught on film. Usually very private, the leopard chose to cross a road in a safari park – believed to be the Kruger National Park – with her two cubs in tow.

Watch below as the mother first checks that the coast is clear and safe for her cubs, before returning to fetch them. Dutifully they both follow her across the road, until – just like a human child – one of them decides to lie down… and then starts to yelp for help, allowing the lucky vehicles at the rare sighting to capture a sweet mothering scene.

WATCH Rare sighting of leopardess with her cubs crossing the road

I don't know who this video belongs to, it was sent to me via WhatsApp. Who ever the photographer is, Just WOW!! What a magical moment and a rare sighting of a leopard and her cubs in the @kruger_magazine @SANParks @GoToSouthAfrica @sapeople@travelopulent @DiBrown5 @taraturk1 pic.twitter.com/BG5ydVqoWz

Another video of a mother with two leopard cubs sighted in Kruger Natioanl Park was uploaded by Gert de Koker.

Leopards are the least social of the big cats, and usually keep to themselves.

The first video surfaced recently and was uploaded by travel blogger Rose Bilbrough, who said: “I don’t know who this video belongs to, it was sent to me via WhatsApp. Who ever the photographer is, Just WOW!! What a magical moment and a rare sighting of a leopard and her cubs in the (Kruger).”

If you know who took this video, please let us know at admin@sapeople.com 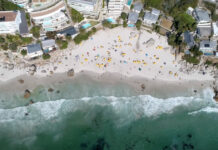 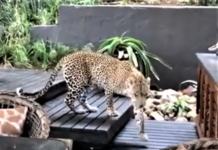 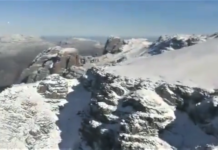 WATCH Is it The Alps? No, it’s Franschhoek – Snow in South Africa!