It’s hard to imagine what Thesen Islands, in Knysna Lagoon, looked like in the past, before it was decided to turn an old sawmill and boat building factory into upmarket shops and stylish places to live and play. But the Turbine Boutique Hotel helps to set the scene perfectly.

When Thesen Island (there was only one to start with) was turned into a marina in the early 1990s, the old turbine and the Sawtooth Building were preserved, on one condition, that their exteriors and history were maintained. Plans to turn the turbine into a museum never worked out, and in 2010 Geoff Engel and Dandre Lerm-Engel had a dream to turn it into a hotel. In the manner of funky hotels around the world, such as Ace and MADE, it’s not what you at first expect. The reception area, restaurants and public spaces are built around the machinery that once used to drive the turbine for the island’s electricity. There’s nautical touches in the rooms. And it works.

Waking up in one of waterfront rooms at the Turbine, and sitting on your balcony, you’re at the heart of the incredible Garden Route and yet feel quietly removed. The perfect base for a holiday.

Early in 1870, when Knysna had a population of about 200, two Norwegians on their way to New Zealand, Arnt and Matheus Thesen, and their families arrived and decided to settle. From the vast indigenous forests, they cut wood that was exported to the Cape. In 1923 a sawmill and boat-building factory were relocated to an island in the Knysna River estuary, Paarden Island, which became known as Thesen’s Island.

By the late 1990s, after the factory had been enlarged, the area was an industrial wasteland, and there was growing public concern about the pollution created by noise and chemicals from an on-site wood treatment plant. A plan was put forward by the CMAI architectural team to turn one island into a marina development of 19 man-made islands spread over 90 hectares and linked by 21 bridges. And so Thesen Islands was born. There are now 512 individual homes and 56 apartments, all built in a colonial maritime architectural style.

In the midst of it all, and ideal for anyone wanting access to everything Knysna has to offer – water sports, shops, restaurants where you can eat the famed Knysna oysters, all kinds of activities, a short stroll across the bridge to Knysna town, and, right around the corner, the Ile de Pain, a popular gathering place for breakfast and lunch – the Turbine Boutique Hotel was started in TK year by TK. The incorporation of the old turbine fittings has been achieved seamlessly, with the hotel giving a nod to the past but staying firmly in the stylish present. Even while you’re indulging its own stellar Gastro Pub and Island Cafe Restaurant, inside at the fire on cool nights or on the porch overlooking the water, Knysna past and present surrounds you. 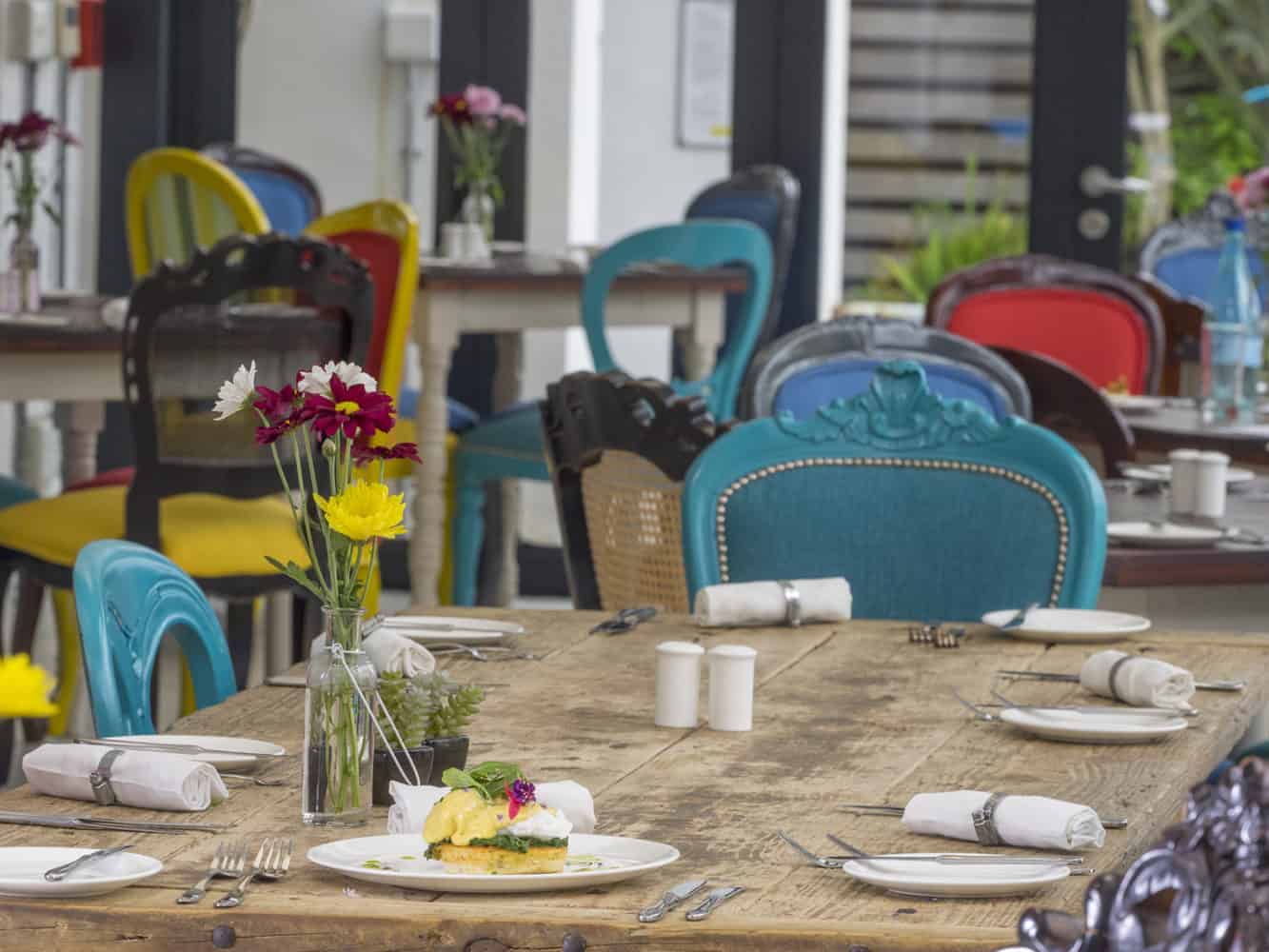 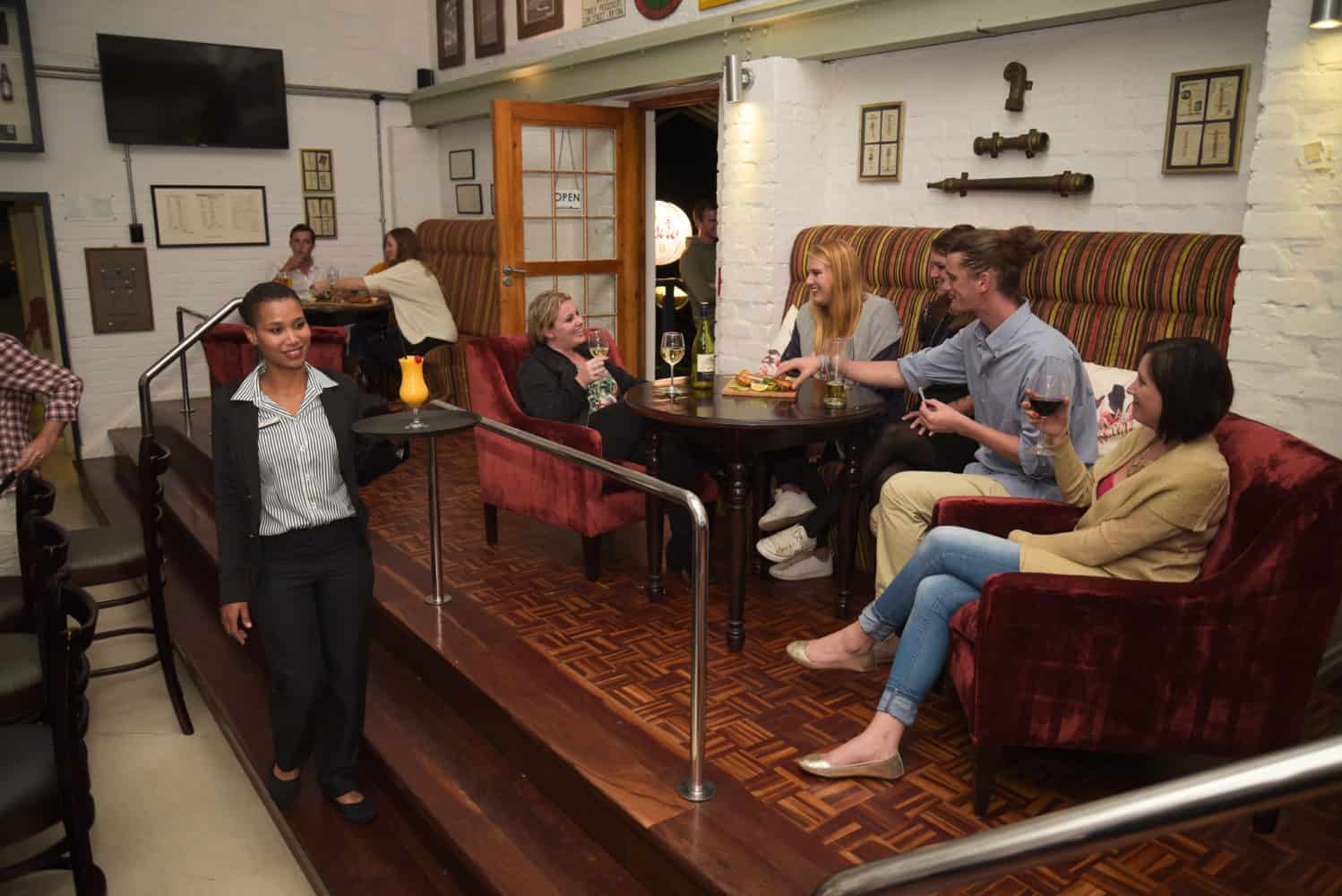 Best of all is that from October to mid-December, the Turbine has a range of specials, including 40 percent off one night, and even more if you stay longer. Book a 3-night stay in peak season (20 December 2020 – 28 February 2021), before the end of October and save big – 30 percent off per person sharing per night.