Whether it’s new airlines or old ones that have been waiting out the lockdown, more and more carriers are taking to the skies over South Africa and the subcontinent as South African Airways sits in business rescue and loses more of the market share daily. 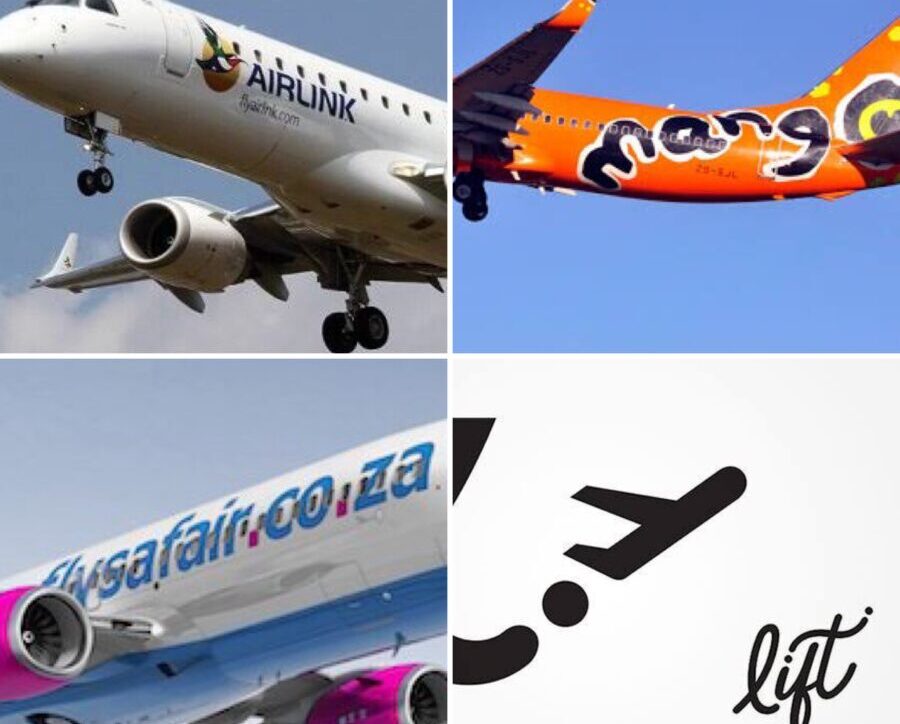 Both kulula.com and British Airways operated by Comair will be operating domestic routes from December with a reduced number of aircraft, kulula said in a statement this week.

“We will start with a reduced fleet and as the demand increases, we aim to have a full schedule by June 2021.”

Airlink, which changed its name from SA Airlink and is apparently about to launch new colours, has slowly been opening up its routes and this week announced restarting flights to Botswana. FlySafair has just been offering a 30 percent discount, but that deal is over. Mango Airlines is up there too, and will be celebrating its 14th birthday in several days’ time, and will restart flights to Zanzibar on 28 November.

Lift, the funky new airline started by Global Aviation, kulula founder Gidon Novick and ex-Uber executive Jonathan Ayache, announced that it would be flying Joburg-Cape Town six times daily and Joburg-George once daily from 10 December. Interestingly, tickets can be changed without penalty.