You could call it the perfect storm, except stormy conditions – even on the Cape of Storms – aren’t exactly what you want when swimming around the peninsula. But a series of unrelated events have turned Cape Town into one of the new go-to places for adventure swimmers from around the world.

Once upon a time, they came to the swim to Robben Island – meaning the 10 kilometres from Three Anchor Bay in water of about 12 degrees Celsius – and then left. The crossing was for the brave, foolhardy, and some may even say crazy, with only a score or more people doing it annually. Nowadays, barely 24 hours goes by when another few people don’t jump into Table Bay and set out from Robben Island for Melkbosstrand or Big Bay. (The swim from Three Anchor Bay is not allowed anymore, but the distance to Melkbos is the same.) By July this year, that figure of registered swimmers for the year will reach 500!

So many new people are taking to the water – open-water swimming is one of the fastest-growing sports because of its social aspect – that they are even plotting out new routes, of which the Cape peninsula has no shortage. Gaining popularity already are swims from Cape Point to Buffels Bay; off of numerous sites in False Bay, like Fishermen’s Beach; from Simonstown to Glencairn or Fish Hoek; from the Bos 400 wreck near Sandy Bay and around the point to Hout Bay; under the Twelve Apostles; and, going a bit north, where the water is a tad warmer, Langebaan Lagoon.

So many sites have become popular that the British-based company Swimquest, which organises week-long swim holidays around the world, has added Cape Town as one of its global destinations, along with Norway, the Bahamas, the Maldives and Scotland, among others. And if the weather gods are on your side during the trip, your itinerary includes a swim from Robben Island, where you get to overnight.

Depending on the sea conditions, there will also be seal snorkeling at Cape Point or swimming with the penguins in False Bay. Swimmers, usually a dozen, are split into groups of slow, medium and fast, so that they can unworriedly go at their own pace, each with a boat or two monitoring them.

Derrick Frazer, from Big Bay Events, has been at the centre of the perfect storm, and for the past dozen years has been organising events and been a skipper on the boats that go alongside the swimmers – both serious athletes and pleasure seekers – to make sure that they are okay. That would include keeping an eye out for sharks, which always get mentioned when talk is of swimming around the peninsula. 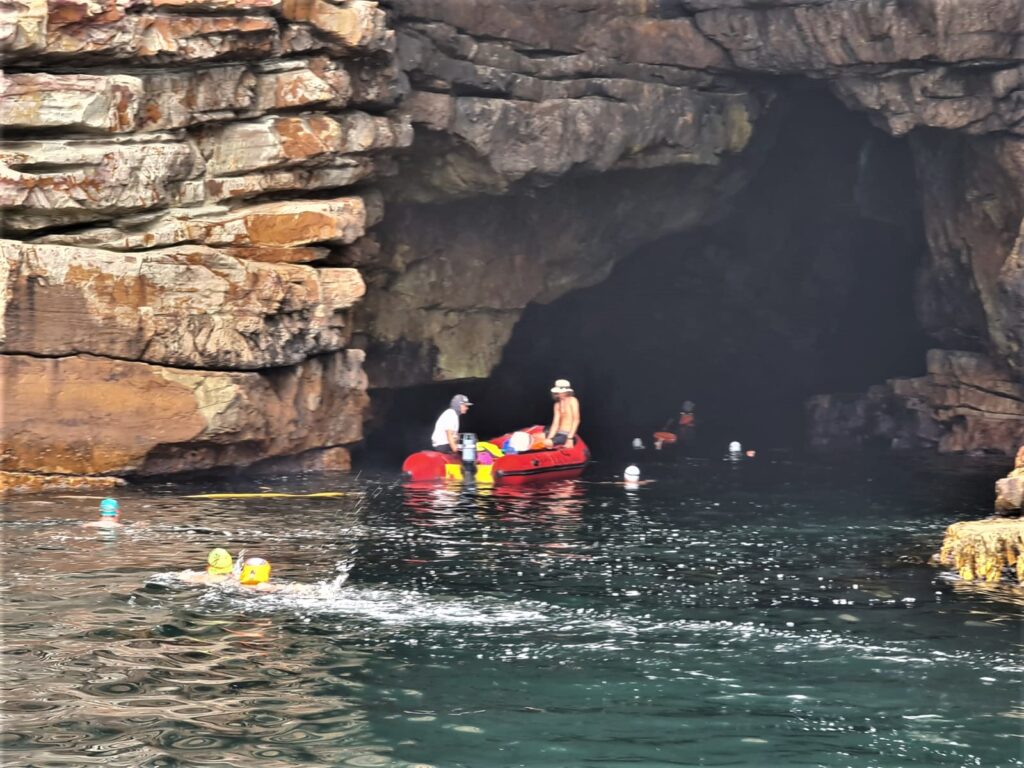 “We never take sharks for granted,” said Frazer, “but sharks aren’t your biggest concern. It’s probably cold water rather than wildlife. We monitor the situation from the boat and stay very close to swimmers.”

Even though there has been an increase in open-water swimming in the past four or five years, Frazer said things really changed during lockdown. People weren’t allowed to swim off beaches, but they could swim off boats, so he offered that option. 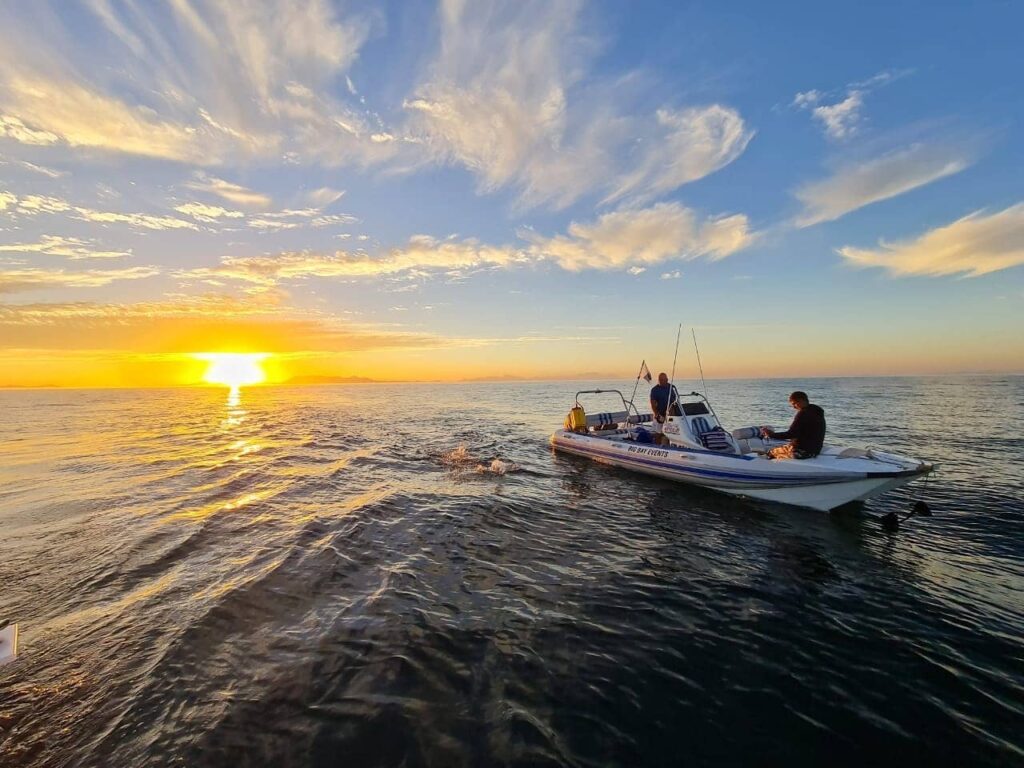 “The demand was beyond anything I expected,” he said. From a private Whatsapp group of 100 people, he would see all 50 places booked within 15 minutes of advertising an outing.

Several of his dedicated swims, like the one around Cape Point, changed from race-style events, going in a straight line as fast as possible, into more leisurely adventures, detouring through kelp and into caves and looking for sealife along the way, and taking photographs. Needless to say, the popularity of the Oscar-nominated “My Octopus Teacher,” filmed at Millers Point, played no small role in raising awareness and interest in getting into the water. The fact that many extreme events like the Iron Man are not happening has also helped swell the numbers.

The Robben Island crossing, which takes up a lot of Frazer’s time, has grown incredibly. “I have a list of 100 people waiting to go,” he said. The temperature of the water has also risen slightly, with global warming, so on a good day it can be about 14 degrees. (The temperature gets colder nearer Hout Bay, while in False Bay it can get up to 17 or 18 degrees.)

While it was once not accepted to wear a wetsuit while swimming, Cape Town waters aren’t warm enough for most people and they need some protection. “I don’t make a distinction about wetsuits,” Frazer added. “People are here to enjoy themselves. Some who do Robben Island with a wetsuit the first time come back and do it in skins.”

Find out more information about the swims organised by Big Bay Events on their website.