Ambiguous, that’s how it ranks. South Africa, America, New Zealand, Poland and Turkey are some of the countries listed as having “ambiguous or contradictory” rules when it comes to taking all or some of it off at the beach, according to a new map of topless and nude sunbathing around the world. 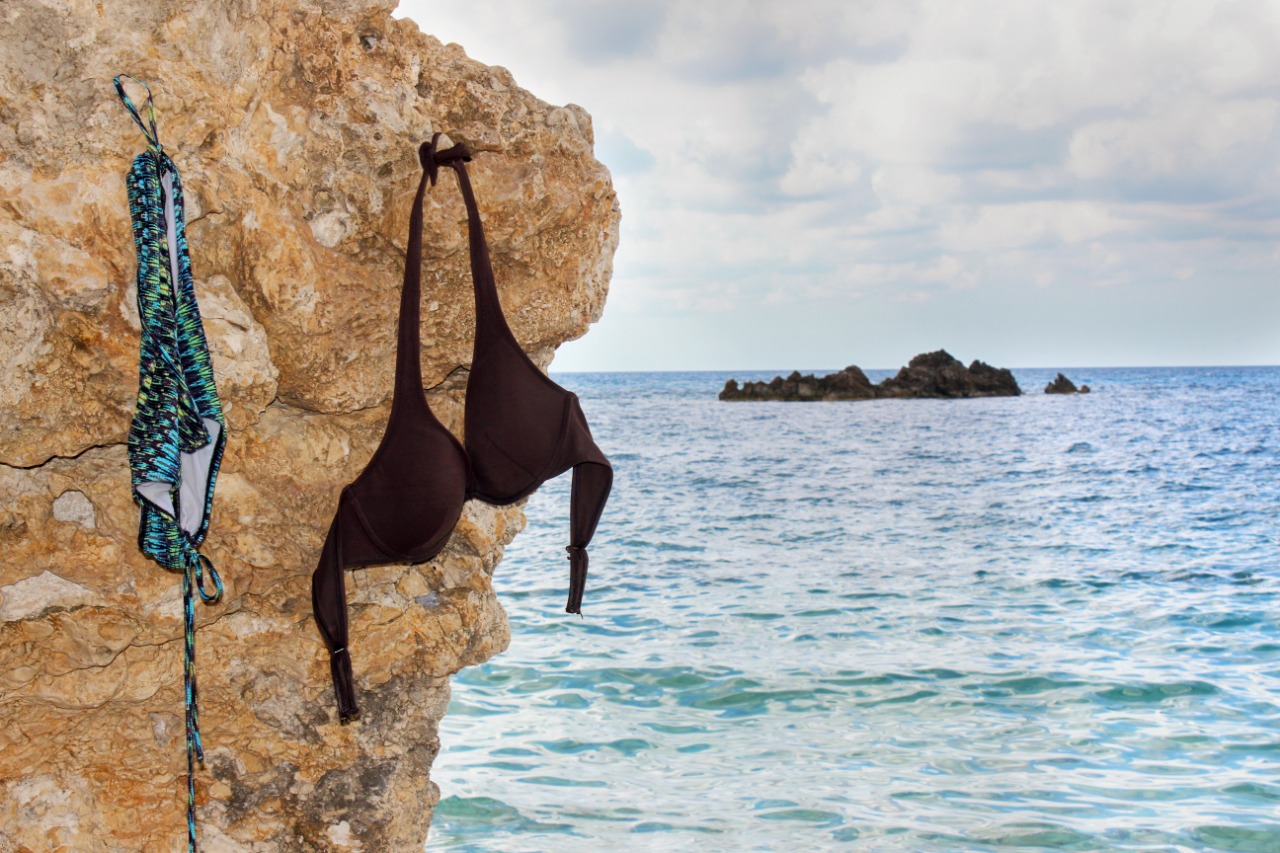 A British women’s swimwear company apparently  did a fair bit of research to create “a global guide to where in the world you can sunbathe topless or naked, without getting into trouble.” (While countries often ban public nudity, being in the altogether at the beach is another issue altogether.)

Pour Moi swimwear found that sunbathing topless, or partially naked, was perceived very differently around the world. Even within a single country, like the USA, different regions have very different stances and laws on naturist activity.

“For most nations, the ‘intention to offend’ is the main thing that differentiates trying to catch some vitamin D without tan lines, versus someone streaking or flashing.”

A map was put together that categorises countries into four groups. Pour Moi found that in the 38 countries (coloured red), nude sunbathing is completely unacceptable or illegal. The 39 green countries are pretty relaxed about public topless or nude sunbathing, allowing it in multiple official and unofficial locations. 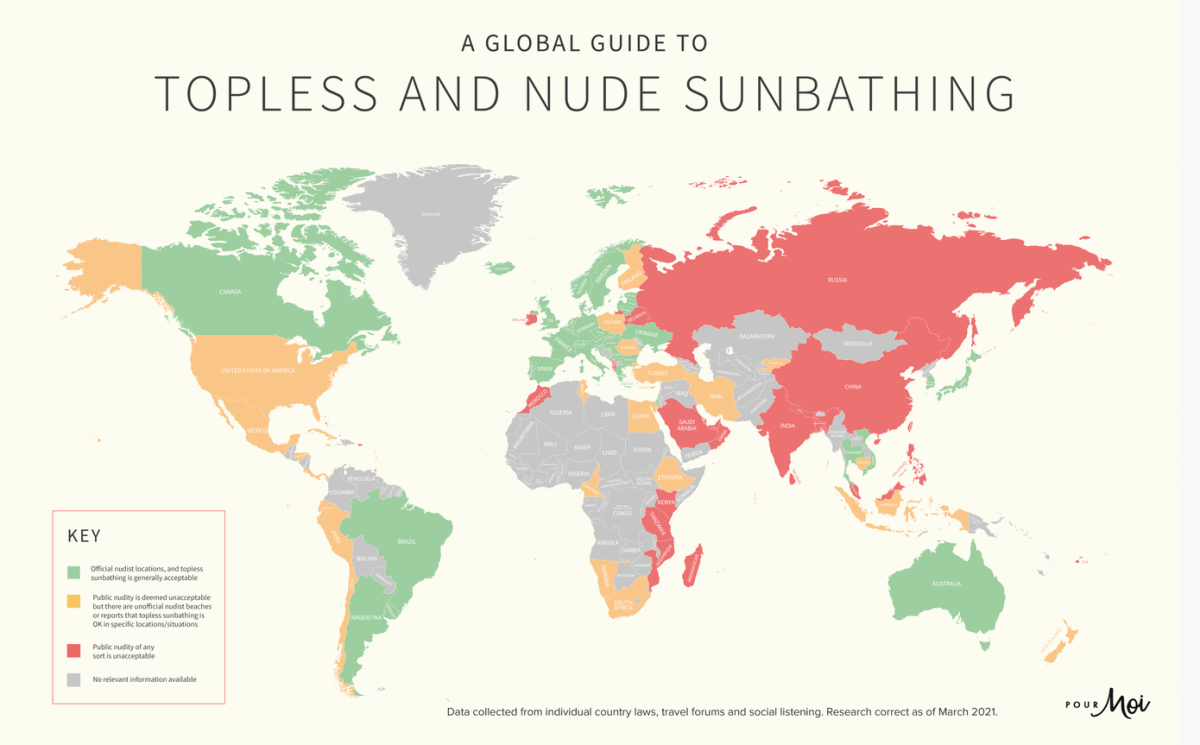 “The 29 countries marked in amber indicate laws that are ambiguous or contradictory, or where there are very limited places to naked sunbathe – these places will require a bit more research before taking off your swimsuit. For example, in Tunisia (amber) topless sunbathing is deemed OK in some private hotels and resorts but is generally unacceptable on public beaches. Or, in Costa Rica (amber), whilst public nudity is technically illegal, there are unofficial naturist resorts and beaches.” Grey countries are the ones where not enough information was available to make a categorisation.

More details of the Pour Moi findings – such as that South Africa’s only nude beach is Sandy Bay, in Cape Town – are on its website.