South Africa had some of the world’s best road trips before the pandemic – views, heart-stopping switchbacks, terrific ascents – and now that you can get out and travel (albeit carefully still), those roads are calling out to be driven more than ever.

The country’s best-loved road trips rank among the top in the world, and a recent survey of Instagram posts found that Chapman’s Peak Drive ranked fifth most photographed in the world. However, the survey didn’t look at the popularity of some of South Africa’s other drives, possibly because they didn’t know them or because there are so many, they didn’t know where to begin. (Cape Town alone has a whole peninsula of world-class drives.) And it turns out that several drives in South Africa – the Garden Route, Cape Point and the Swartberg Pass – would have knocked other road trips around the world off the 20-best list.

We have selected some of the country’s best (and if you have more suggestions, please post them on the SAPeople Facebook comments). In no particular order, here are 6 of the best :

Depending on who you talk to, the length of the unspeakably beautiful Garden Route could be anywhere from 200 to 300 kilometres, and the starting point, if you start from Cape Town, could be as far west as the Breede River. But many regard the true start of the drive to be Mossel Bay and the end Storms River, where you cross into the Eastern Cape. For sheer beauty, it’s hard to beat. 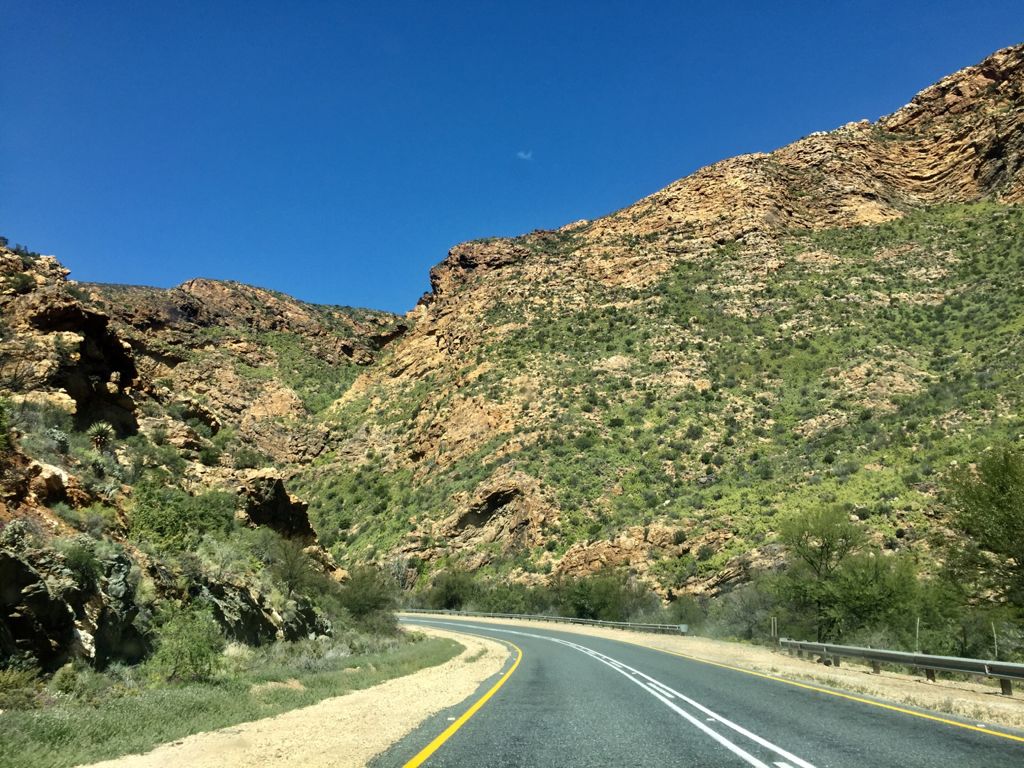 Even though the road is said to be 850 kilometres in total, the 250 kilometres from Ashton to Oudtshoorn is the best known, skirting the Swartberg range, passing through cute towns, changing from lush scenery to stark Karoo. 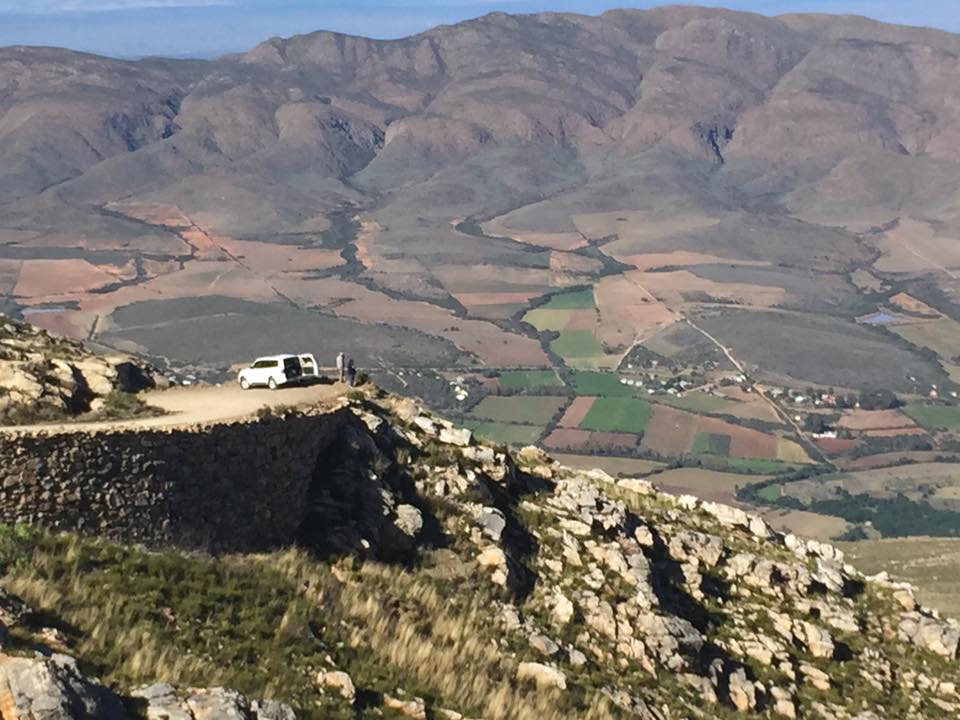 A gravel road between Outdtshoorn and Prins Albert, with stone-packed walls in places and some serious switchbacks and curves, the 27km Swartberg Pass winds to a height of 1583 metres. 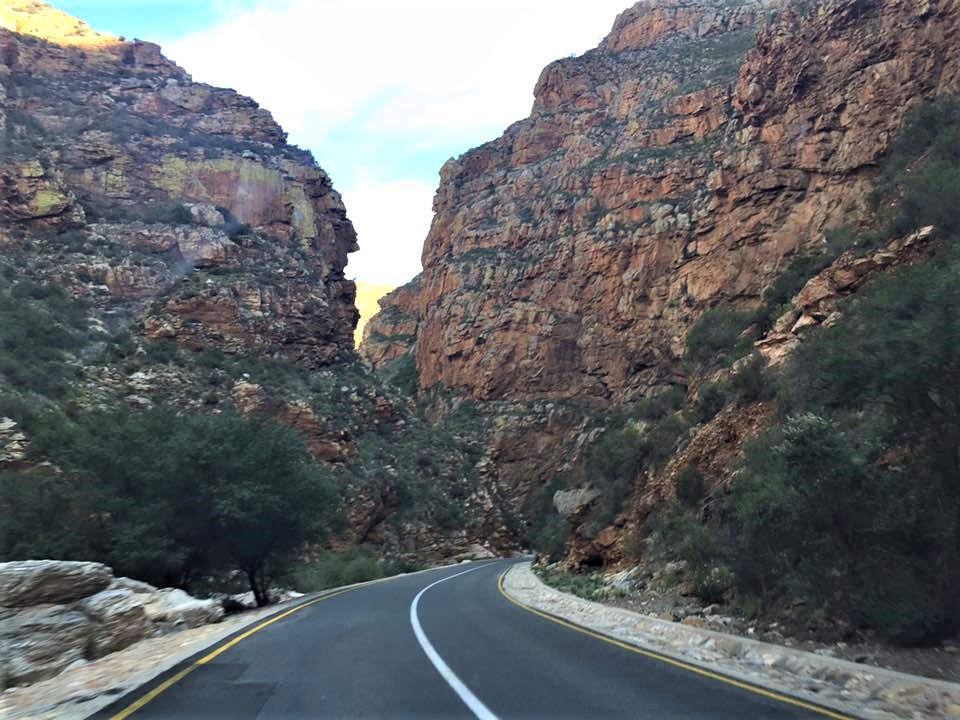 Not far from the Swartberg Pass – and making it the perfect return drive – this 17-kilometre road that connects the Little and Great Karoo was built by Thomas Bain and opened in 1858. The road crosses the river through it 25 times during the drive, which, coursing through the towering gorge, is itself like a religious experience.

The Panorama Route traverses the north-eastern section of the escarpment of the Drakensberg, right next to the Kruger National Park. A good recommendation is to start at Graskop in the south and end at Blyde River Canyon in the north. Cute towns lie between eye-popping sites like the Blyde River Canyon, God’s Window and the Mac Mac Falls. The most popular stretch of the route is the R532 that winds goes from Sabie via a series of incredible waterfalls – the Sabie Falls, Bridal Veil Falls, Mac Mac Falls – to God’s Window, the Blyde River Canyon, Bourke’s Luck Potholes and the three Rondawels. The other parts of the route are the R36, the R37 along Long Tom Pass (arguably one of the most beautiful passes in Mpumalanga) and the R533. 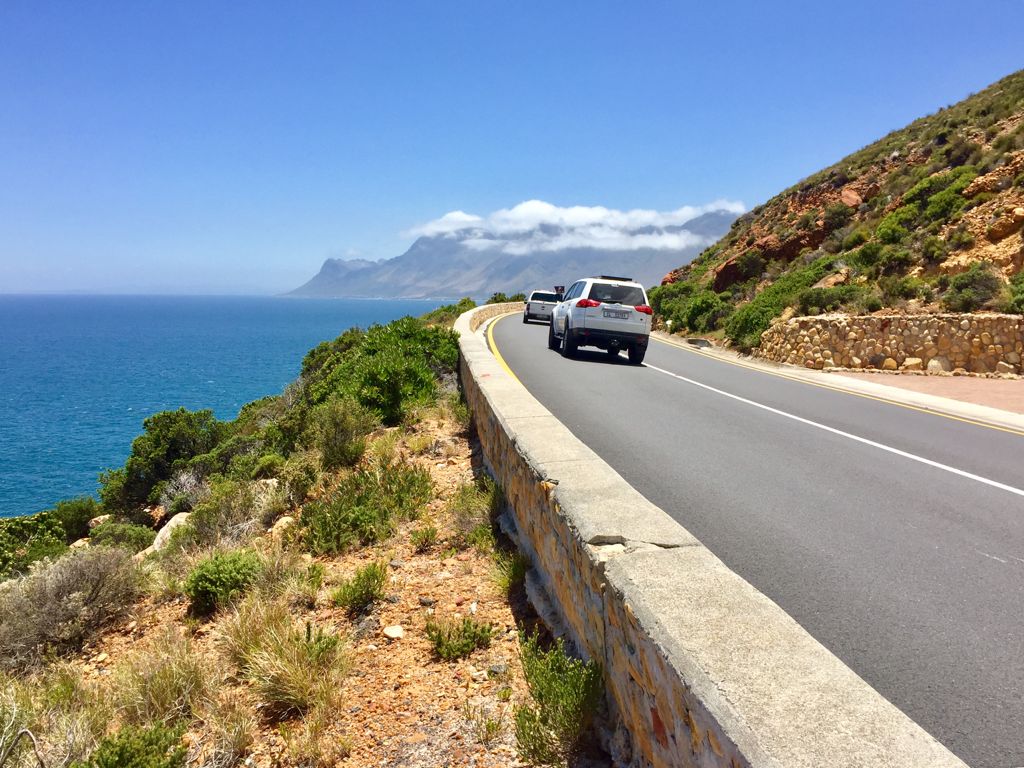 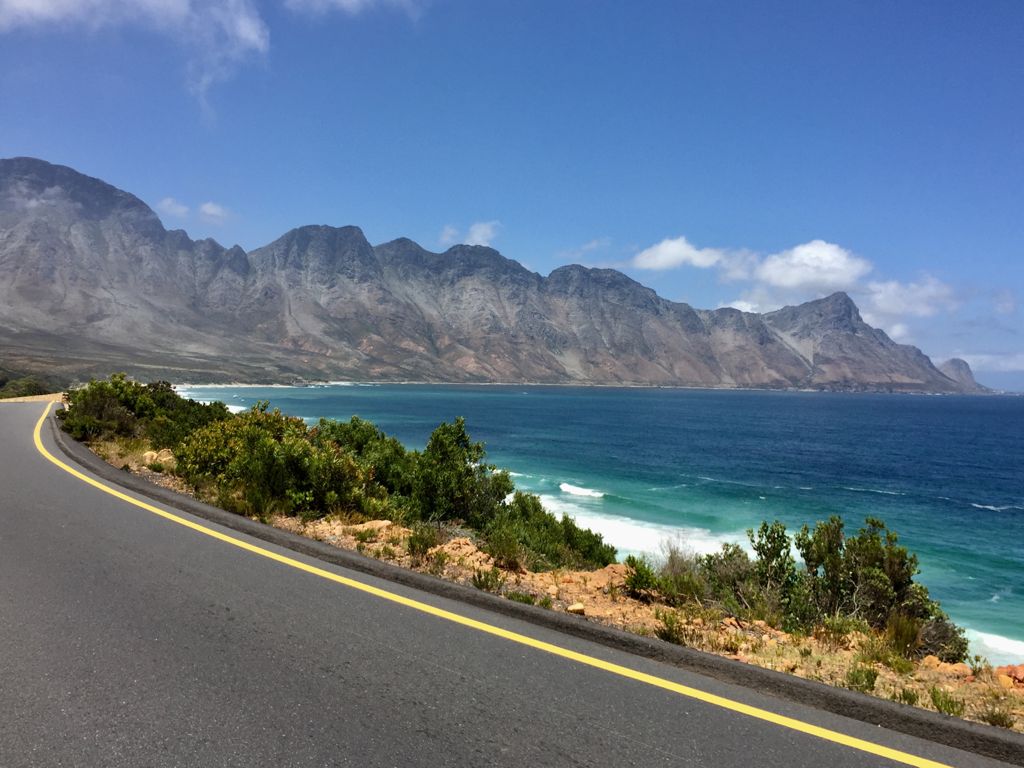 The 22-kilometre road that abuts the east coast of False Bay, 35 kilometres across from Cape Town as the crow flies, runs from Gordons Bay to Cape Hangklip. If you’ve never driven it, it is a must!